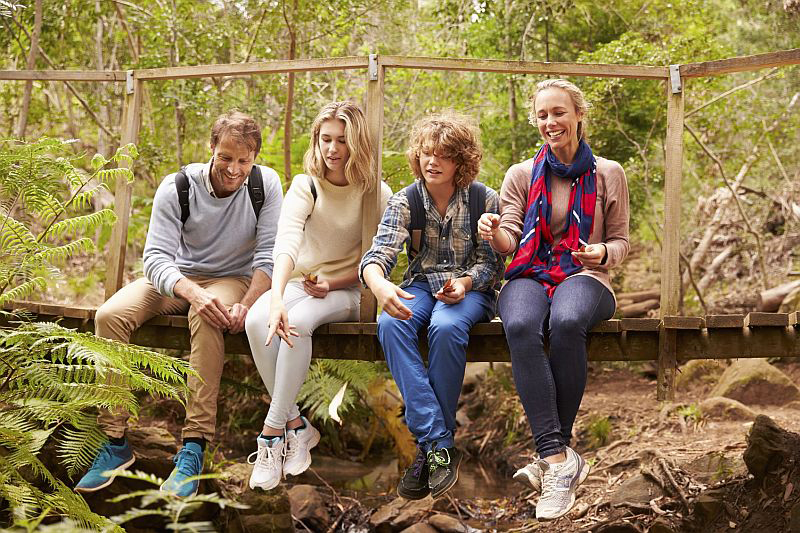 National Adoption Month is an initiative of the Children’s Bureau, the first federal agency within the U.S. Government, to focus exclusively on improving the lives of children and families. For over two decades, National Adoption Month has been promoted and celebrated every November in communities across the country. Many national, State, and local agencies as well as foster, kinship care, and adoptive family groups will help spread the word through programs, events, and activities that help raise awareness for thousands of children and youth in foster care who are waiting for permanent, loving families.

Each year, the initiative focuses its outreach and awareness-raising efforts around a new adoption-related theme. For the 2017 National Adoption Month initiative, the theme “Teens Need Families, No Matter What,” highlights the importance of identifying well-prepared and committed families for the thousands of teenagers in foster care. According to the most recent Adoption and Foster Care Analysis and Reporting System report, over 110,000 children and youth in foster care are waiting to be adopted and close to 12,500 of them are between the ages of 15 and 17 years old. Many of these young people are less likely to be adopted, often because of their age, and will too often age out of the system without a stable support system. Securing lifelong connections for these teens, legally and emotionally, is an urgent need and critical component of their future achievement and overall well-being.

There are several children and teens in Maine who are currently eligible for adoption. To learn more about adoption in Maine and to see a list of children in Maine waiting for adoption visit: http://www.maine.gov/dhhs/ocfs/cw/adoption/

The Opportunity Alliance (TOA) is a local, private, non-profit social service agency. TOA envisions contributing meaningfully to a community in which families and individuals are thriving and supported as they pursue their aspirations for a better life. Within The Opportunity Alliance, there is a shared belief that positive change is possible and that together, they can help build a stronger community.

One TOA program which supports positive change is their Therapeutic Foster Care (TFC) program. The following is just one example of a youth involved in Maine’s foster care system getting support from a local therapeutic foster care agency. TOA is not an adoption agency, but TOA does partner with its foster parents to support youth in their homes, and sometimes, foster parents choose to adopt the children they’ve had placed in their homes.

Elizabeth became a therapeutic foster parent with The Opportunity Alliance (TOA) in 2013. She had a teenage boy, who had previously been involved with Maine’s juvenile justice system, placed in her home by Maine’s Department of Health and Human Services (DHHS). The teenager was in TOA’s therapeutic foster care program for two years. A TOA case manager visited him at home twice monthly, and more often when the family needed extra support. Elizabeth liked that the TOA team addressed issues and that she could talk openly with her team. She felt that she and the teenager placed in her home, could be honest with each other and the team when everyone discussed his treatment and his progress. Elizabeth felt the team-approach helped her and the teen to figure “things” out. He is the first teenager that Elizabeth parented and she was thankful for the insight from team members. She liked that the team at TOA knew the teen’s history and that they were able to support them both and come up with solutions to the issues they were facing in their parent-child relationship, as well as issues he was working through in his individual treatment. TOA staff also supported him during visits with his mother and siblings. He saw his mother weekly for a year and a half, prior to her termination of parental rights. Although the original plan was for him to reunify with his mother, Elizabeth decided to adopt this teen once his mother’s rights were terminated to make him part of her growing family. Elizabeth continues to keep in touch with his biological mother and she coordinates visits with his younger siblings, so he can remain connected to them.

Elizabeth reports that he is doing well and has met his goals and surpassed them. He has become more independent and is working part-time while going to school. He is getting good grades and completing his work, which was a challenge for him in the past. She believes that he is emotionally stable for the first time, and contributes his stability to the safety and security of belonging and being part of their family, which includes two brothers and a sister at home. Elizabeth says he is a thoughtful and kind big brother. Elizabeth believes in the system so much that she has adopted four children through Maine’s foster care system.

To learn more about The Opportunity Alliance and its Therapeutic Foster Care program visit: https://www.opportunityalliance.org/programs/children-and-youth-mental-health-services/treatment-foster-care/ or call Lauren at: 207-523-5028.