Conventional vs. Organic Produce: Which Should You Choose? 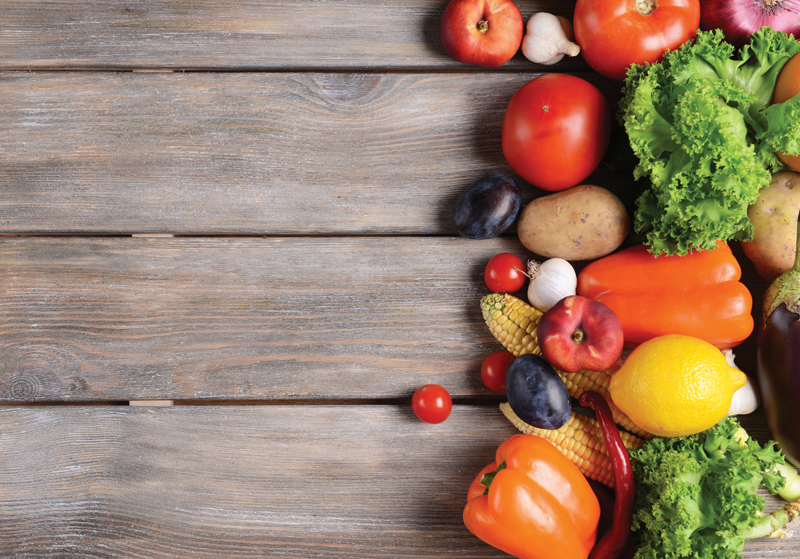 Standing in the produce aisle you stare at all the different choices for apples, including organic varieties. Then you look down at the price, eek! There is a heftier price tag on those organic apples so you decide to reach for the cheaper, conventional one. I mean, what does it matter; an apple is an apple, right? Not necessarily. Once you understand more about one major difference between conventional and organic – pesticide use – you may just change your mind to choose health over expense.

What is a Pesticide?
According to the Environmental Protection Agency (EPA) website, a pesticide is, “any substance or mixture of substances intended for preventing, destroying, repelling or mitigating any pest” or used to regulate, defoliate, desiccate or help fertilize a plant. When manufacturers create a pesticide to put on the market, they have an active ingredient specifically doing the work above, and inert ingredients which make up the rest of the pesticide product. These inert ingredients are like the secret ingredients of special sauce, protected information that does not need to be disclosed to the public. However, the word ‘inert’ can be a misnomer because these ingredients are not necessarily safe and non-toxic. In fact, in 2015 one inert ingredient used in herbicides was banned in the European Union because of its high toxicity, yet is still allowed in the U.S.

Pesticides are grouped into main categories based on the active ingredient – rodenticides, soil fumigants, chemically related pesticide groups, biopesticides, plant-incorporated protectants, antimicrobial pesticides and wood preservative pesticides. Three of these categories are important to know when picking your produce.

Before a manufacturer can market their pesticide in the United States, several governmental agencies need to be involved. The Environmental Protection Agency (EPA) is required to evaluate current and proposed pesticides, determine whether there is, “reasonable certainty of no harm,” and set tolerances or exemptions from them based on U.S. Food and Drug Administration (FDA) allowable limits and U.S. Department of Agriculture (USDA) standards. The tolerance limits are set based on the toxicity of the pesticide, how much and how often it is applied, and how much residue remains in or on the food. There are currently over 700 pesticides listed for commercial use, just over 400 of which have specific tolerance limits and roughly 250 are exempted from a required tolerance limit.

The EPA is also required to reevaluate safety of each pesticide every 15 years if it is still on the market. This level of oversight came into effect in 1996. From 1996-2006, the EPA canceled or restricted the use of 270 pesticides and lowered the accepted limits of pesticide residues on certain foods. This extra scrutiny over the past 23 years is definitely a step in the right direction, however there is still more room for improvement. For instance, when registering a pesticide for commercial use, companies need to generate scientific data addressing potential adverse effects on humans, wildlife and the environment. This data is generated from the very companies that are trying to profit from the product, creating a conflict of interest and opportunity for misleading or omitted data. Products are then approved and may remain on the market for decades before we learn how much they are negatively affecting our health and environment.

Pesticide Safety
Case in point, the EPA considers corn genetically modified with the Bt gene a minimum risk pesticide and does not need to be covered by any tolerance limit or exemption. This was determined by an analysis from the manufacturer itself. If you were to do a search on the safety of GMO foods, many studies that indicate their safety are also funded by a company manufacturing the GMO food being studied! However, animal studies from independent researchers have shown allergic reactions, anemia, blood sugar dysregulation, kidney dysfunction and immune issues. So, GMO food is touted as safe when studies are influenced financially or scientifically by the company creating them, yet independent evidence suggests otherwise. This is startling when you realize how widespread GMO pesticide foods have become. For example, genetically modified corn was first introduced into the market in 1995 and by 2018 accounted for 82% of corn crops.

These GMO crops are also very high in pesticide residue. Crops specifically modified to be tolerant to a certain pesticide can then be sprayed heavily to eliminate weeds. The pesticide then accumulates to very high levels in the crop and increases the risk of toxicity from the pesticide. One pesticide ingredient in particular, glyphosphate, has been shown to be toxic to cells and was determined “probably carcinogenic” by the World Health Organization’s International Agency for Research on Cancer in 2015. In March 2019, a California judge essentially validated WHO’s warning by awarding $80 million to a man claiming that a glyphosphate-based pesticide caused his cancer. With over 13.5 billion pounds of glyphosphate-based pesticides applied worldwide over the last decade, it may be easier to choose organic over conventional fruits and veggies to put your health first.

Another point to consider is that some pesticides have been shown to be endocrine disruptors. This means they can potentially create dysfunction in any hormonal pathway disrupting blood sugar balance, digestion, thyroid function, your stress response and more. The EPA recognized the possibility of harming health and has screened 52 chemicals for their potential to disrupt endocrine function. Thirty-two chemicals were shown to interact with at least one endocrine pathway and the EPA recommends additional testing for eighteen of those. Again, this is a step in the right direction toward enhancing health of the public, but more chemicals as well as all genetically modified PIPs should be screened and scrutinized as well.

In the meantime, you can vote with your wallet to encourage more organic options and less genetically modified, pesticide-laden produce. Luckily, organic and non-GMO foods are trending and hopefully here to stay.

The Organic Choice
Hopefully picking organic over conventional now seems like an easy choice knowing more about pesticide chemicals and genetically modified foods. But what does “organic” mean anyway? For a food to be labeled as certified organic it needs to meet strict standards by the U.S. Department of Agriculture (USDA). According to the USDA website, the production and processing of any organic food needs to, “integrate cultural, biological, and mechanical practices that foster cycling of resources, promote ecological balance, and conserve biodiversity.” Additionally, synthetic fertilizers, sewage sludge, irradiation and genetic engineering are strictly prohibited. This means that any food labeled certified USDA organic avoids conventional pesticides and GMOs while protecting natural resources and promoting environmental sustainability, win-win!

Certifying crops is a worthy ordeal. Land must be clean of prohibited substances for at least 3 years, organic seeds must be used, soil and crop nutrients are managed by clean cultivation practices, pest control is restricted to physical removal or safe biological means, GMO crops are prohibited, and handlers must prevent commingling of organic and non-organic products. All of these criteria need to be met to receive the certified organic label. There is additional criteria for organic meat, dairy and eggs. If you see the USDA organic seal on your food, rest assured that you are receiving a higher quality product.

Buying everything organic is a better option over conventional to reduce your exposure to pesticides and GMOs, however it is not always feasible due to lack of financial means or options at your local grocer. If that is the case, you can still put your health first and focus on the Dirty DozenTM. This list from the Environmental Working Group contains fruits and veggies with the highest amount of pesticide residue. Choosing organic for at least these foods such as strawberries, apples, spinach and potatoes can still make a difference to your health without a major hit to the wallet.

What is the best option for picking your fruits and vegetables?
Choosing local and organic! July and August are a perfect time to check out your local farmers’ markets. Not only do you have access to the freshest produce, you also get to chat with the farmers to understand their farming practices. If you’re ready to take your veggie shopping to the next level, here is a list of crops that are at peak season for July and August in Maine and New Hampshire.

In addition to the above, Connecticut has arugula, broccoli rabe, cauliflower, celery, cherries, currants, kohlrabi, nectarines, peaches, plums, rhubarb, rutabagas, and winter squash in season for July and/or August. Check out your local farmers’ market, support local and organic farmers and enjoy the health benefits.

Stephanie Walsh, MNT, CEPC, CPT is a Master Nutrition Therapist, Board Certified in Holistic Nutrition®, Certified Eating Psychology Coach and Personal Trainer. Her work with clients focuses on the individual as a whole – considering your diet is just one small piece of the puzzle. Her holistic approach considers your stressors, sleep quality, digestive complaints, food choices, activity level, readiness for change, social support and much more in order to help you optimize your health and wellbeing for the long term. Contact Stephanie at: 207-730-2208 or email her: swalsh@theholistichealthapproach.com.