Great Wines, Great Beers and Everything Eco-Friendly in Portland, Oregon

If you don’t get enough amazing food and drink in Seattle, then Portland, Oregon is just a short drive away. Our first stop was to check-in at the Kimpton RiverPlace Hotel which is right on the banks of the river. Having only been to Portland once and staying in the heart of the city, I wasn’t sure what to expect about this part of the city, but I wasn’t disappointed to find a mile long walkway by the river just out the door of the hotel that took you past restaurants, shops and beautiful views of boats, bridges and water. 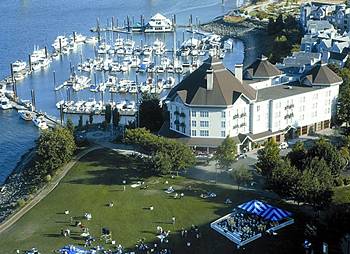 Kimpton is one of my favorite group of hotels simply because of their ecofriendly practices, appealing dining options, and lovely décor. Our room had a luxurious king bed with a rich brown leather headboard, convenient nightstands for both, and a spacious bathroom. The theme of the décor was Oregon forests with many woodsy and stick motifs and there was even a river rock bar in their signature restaurant, 3 Degrees. They even provide a yoga mat in your room for personal use. 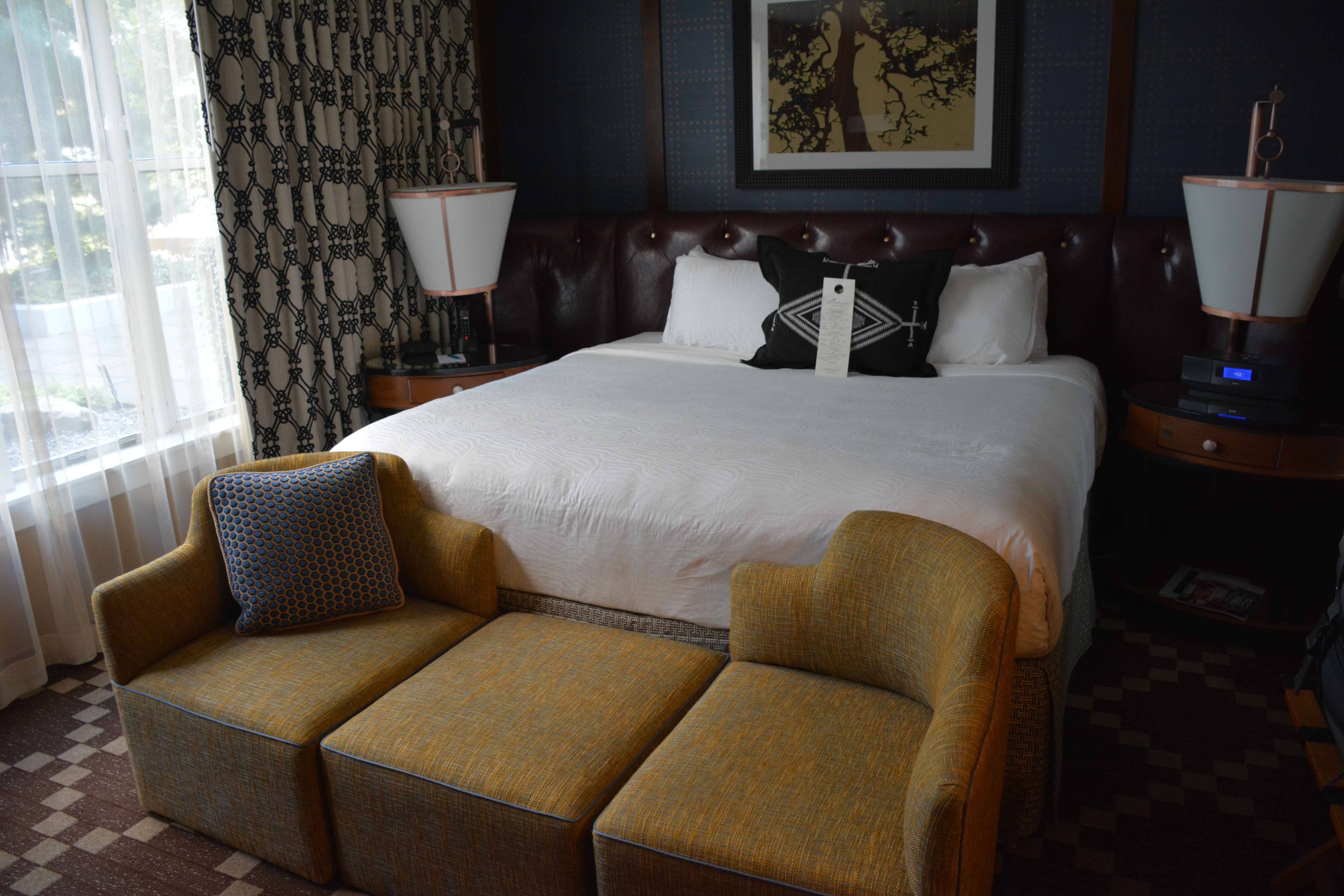 The next day we headed out to explore some of the local breweries that Portland is so well known for that it’s been given the name, “Beervana.” Our first stop was Henry’s, which has over 100 beers on tap so you really can’t go wrong. While I wanted to try a local Oregon beer, I couldn’t get past the Elysian Night Owl pumpkin beer made in Washington state. Nutmeg, cinnamon, spice and a hint of pumpkin, it’s absolutely delicious. From there, because Portland takes public transportation pretty seriously, you can hop a train or a bus and get across the river in no time at all. This will take you to an area that’s got a bunch of new breweries popping up. The coolest one being Base Camp, named after the owner’s love of climbing, which has a nice outdoor seating area with picnic tables and chairs and we easily could have spent the whole afternoon there. Also check out Green Dragon which has great beers and funky décor. 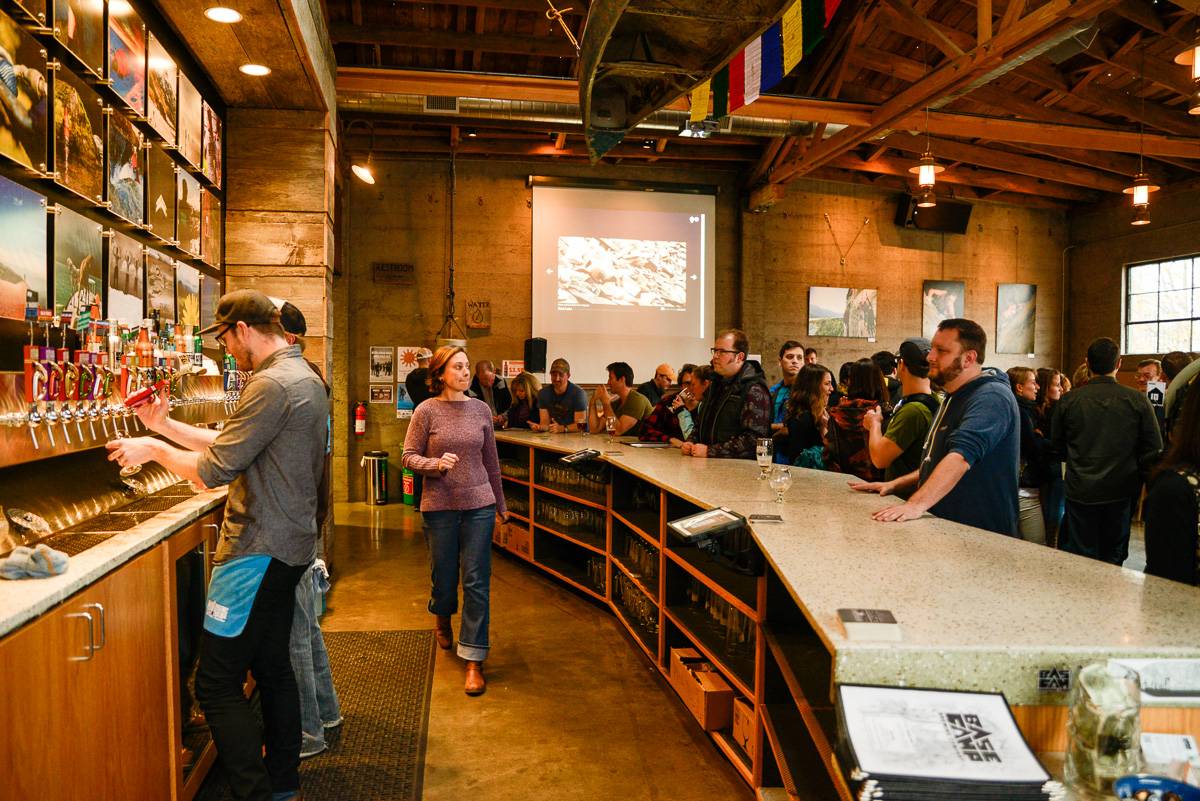 Smack in the center of the city in short walking distance to the hip Pearl street district was our next stop, the Ace Hotel. A cool, funky, ecofriendly hotel that will make you feel like you are in a swanky European city. Even the porter was dressed in a crisp white shirt and pencil-thin jeans rolled just above the ankle. Now this is the Portland, Oregon I know. 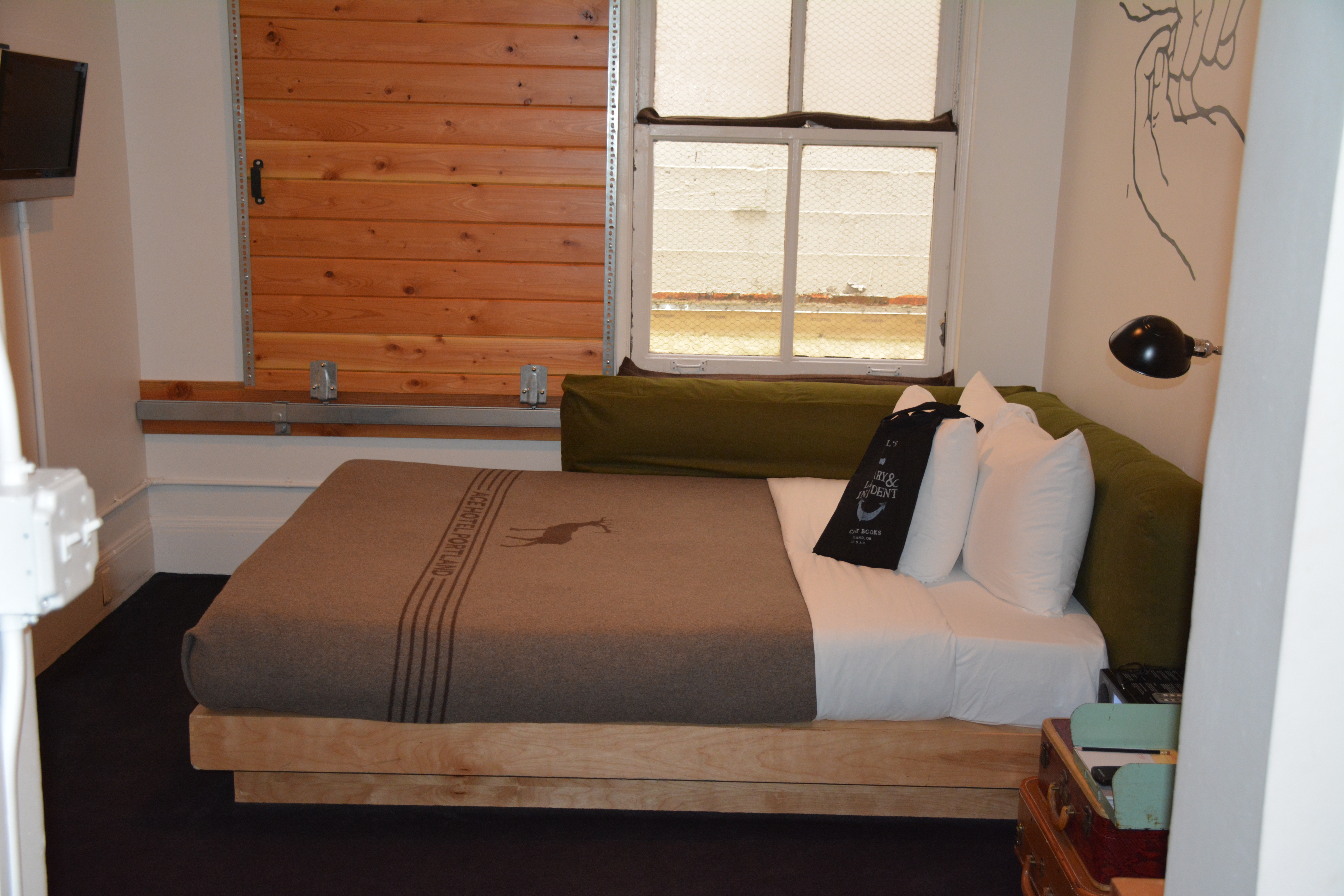 Picture an upscale Kripalu – dormitory style rooms with queen platform beds and a clawfoot tub with organic toiletries in dispensers. The place screams ecofriendly. We even had a student style desk in our room, curated minibar and leopard print robes. Someone has a sense of humor here. They have a great coffee shop, Stumptown coffee right off one side of the lobby, and on the other side is Clyde Common restaurant which is known for amazing craft cocktails and tapas. WiFI is free, and you can rent bikes, which just about everyone in Portland uses for the mode of transportation.

Cozy and lively sitting areas abound in the lobby around a giant coffee table, and on the mezzanine level that has a huge conference desk with Mac laptops for use. I also discovered a big bureau/apothecary with all these drawers that of course I opened and found hundreds of handwritten messages in them. You’ll also find inspirational messages painted on your hotel room walls, ours had a picture on wall of two hands clasped and the word “together.” 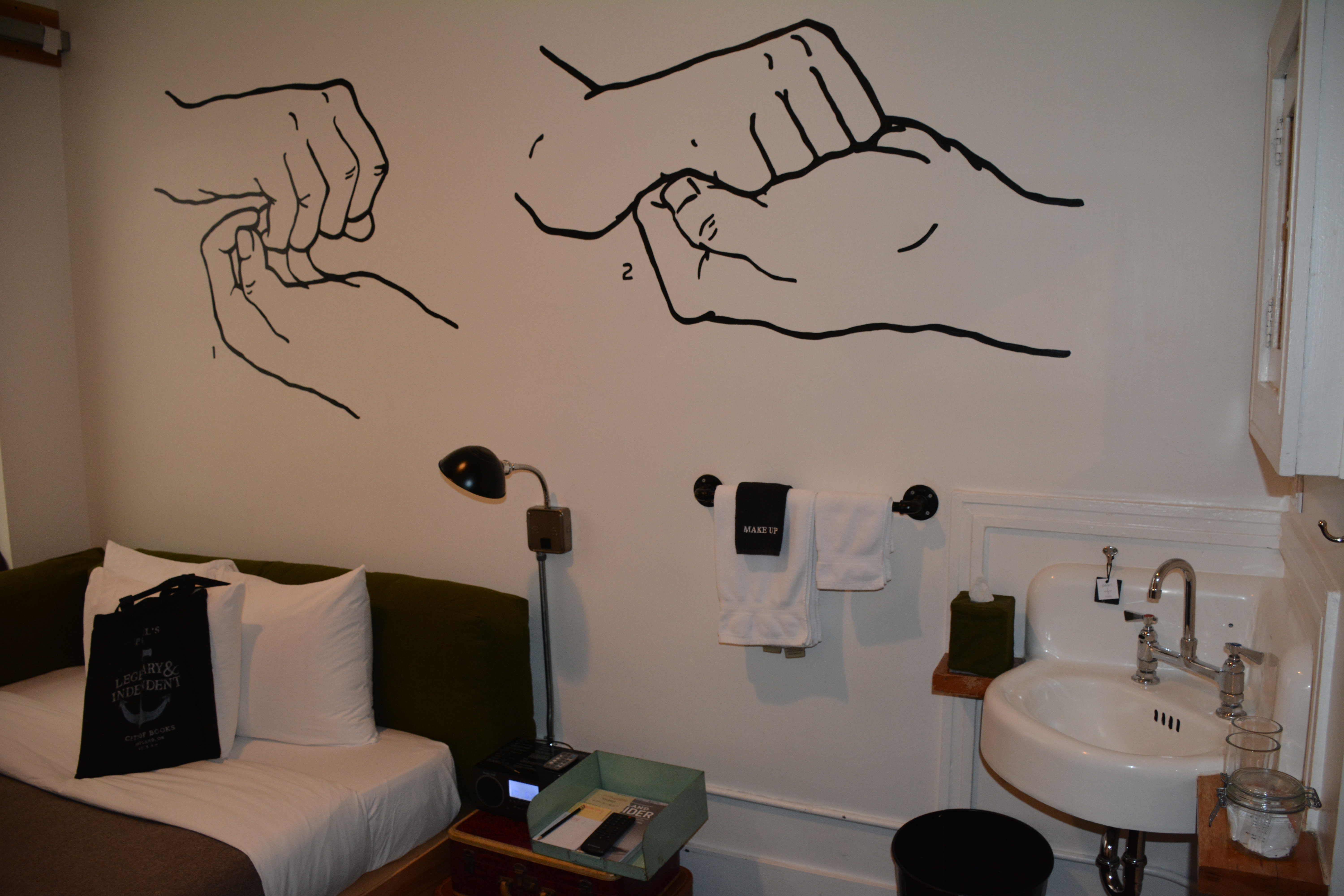 We finished the night at Andina – a spirited little Peruvian tapas joint that served delicious classic cocktails with a twist and yummy tapas. Of course the trip wasn’t complete without a stop at Rogue Brewing company – a little hole in the wall, but as expected offered great beers, some of which you can only get in Portland. 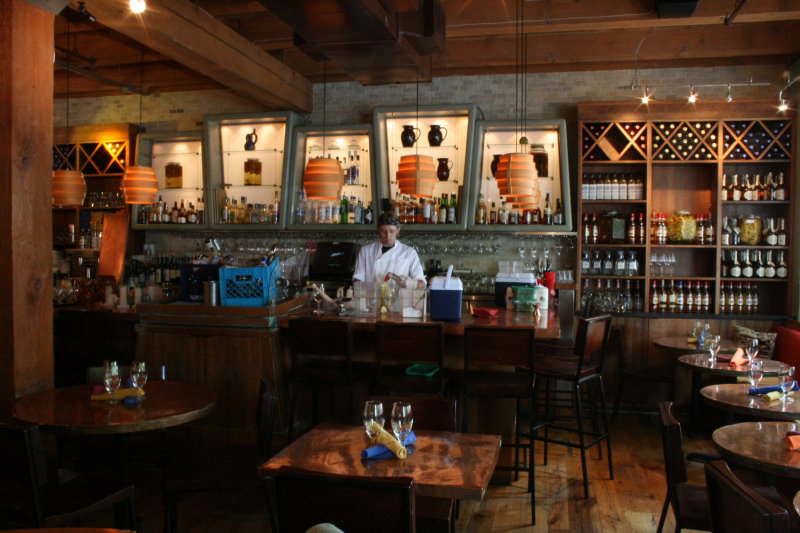