In Search of Pinot and The Legendary Rocky Coast of Oregon

Once again I headed out on a wine tasting mission for a varietal that I’m not so crazy about. What is all the fuss about Pinot Noir? I’m sure a statement like that will make a few heads spin and send some people into an hour long dissertation on the subject of Pinot Noir. I’ll be the first to admit that I have probably not tried enough Pinot’s to make any judgement, however, like Merlot (you’re saying…did she really just compare Pinot to Merlot), it’s always been a little too light of a wine for me. I think the flavors can be amazing, but I tend to like a wine that’s a little richer and smokier. Having said that, I went off with an open mind and the attitude that I could appreciate this type of wine as well. As you probably guessed, I wasn’t disappointed.

Some will say that Oregon is Pinot Noir country – it’s a finicky type of grape that likes the weather not too hot, nor too cold – typical Oregon weather. I learned that it’s a very thin-skinned, delicate grape and has to be handled very carefully and with patience. It doesn’t need to be aged too long – usually 2-3 years, however, if you do keep it for 15-20 years, you will be rewarded with even more amazing flavors. We were actually lucky enough to be able to try some 2007 and 2008 Pinots (although most of what we tried was 2011, 2012) and you could tell the difference. We headed out to Dundee and Newberg and visted JK Carriere, Vista Hills, Archery Summit and Sokol Blossor, all of which had beautiful tasting rooms and excellent Pinot Noir. Some of them produce less than 5,000 cases per year, so you know you are tasting wines that you most likely won’t see outside of the west coast, maybe even outside Oregon. For lunch we stopped at Red Hills Market in Dundee, which had tasty paninis and grilled sandwiches – all fresh and organic, as well as an abundance of cheeses, olive oils, dipping sauces, breads, pickled veggies and sweets all locally made. Think Stonewall Kitchen with a local flair. 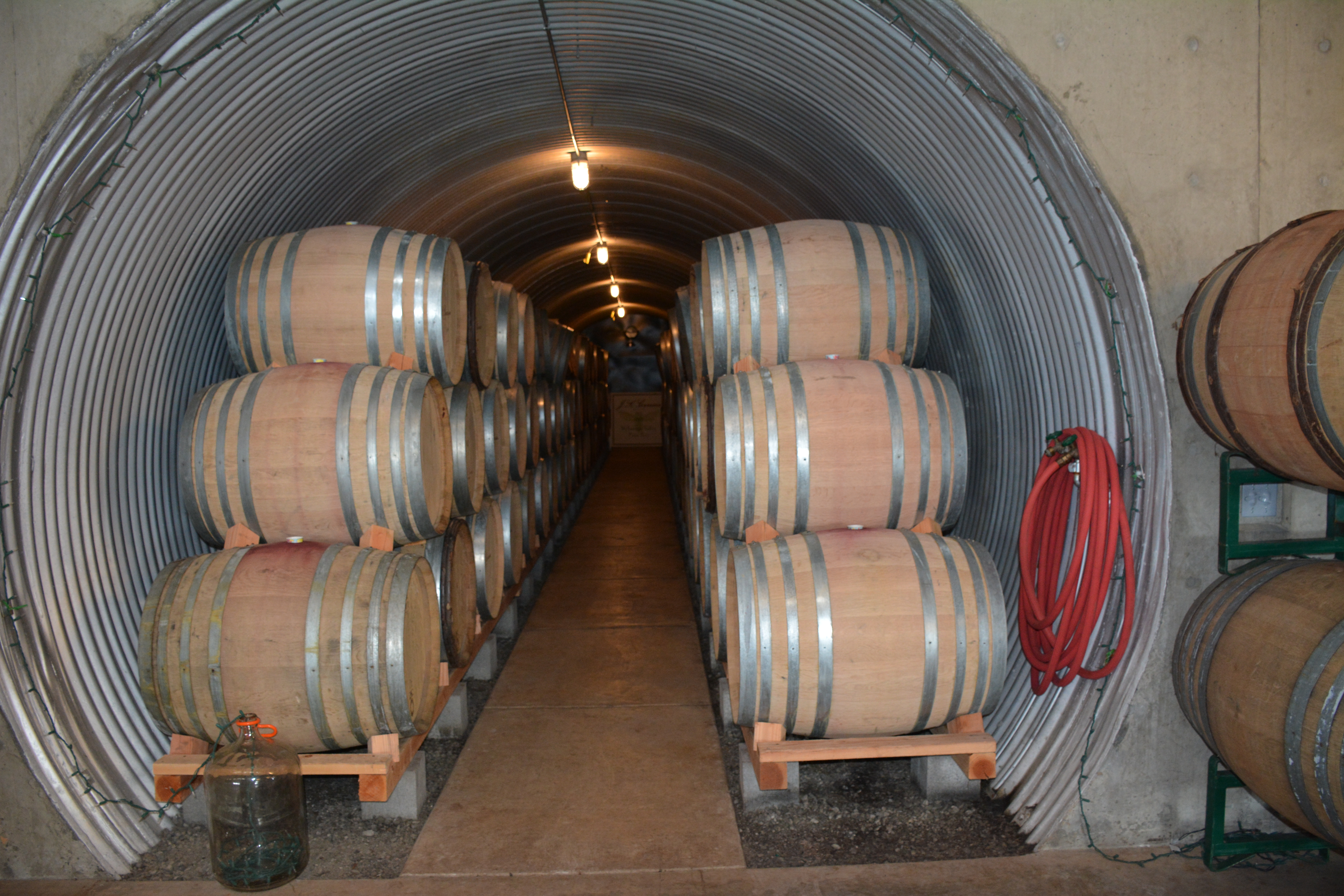 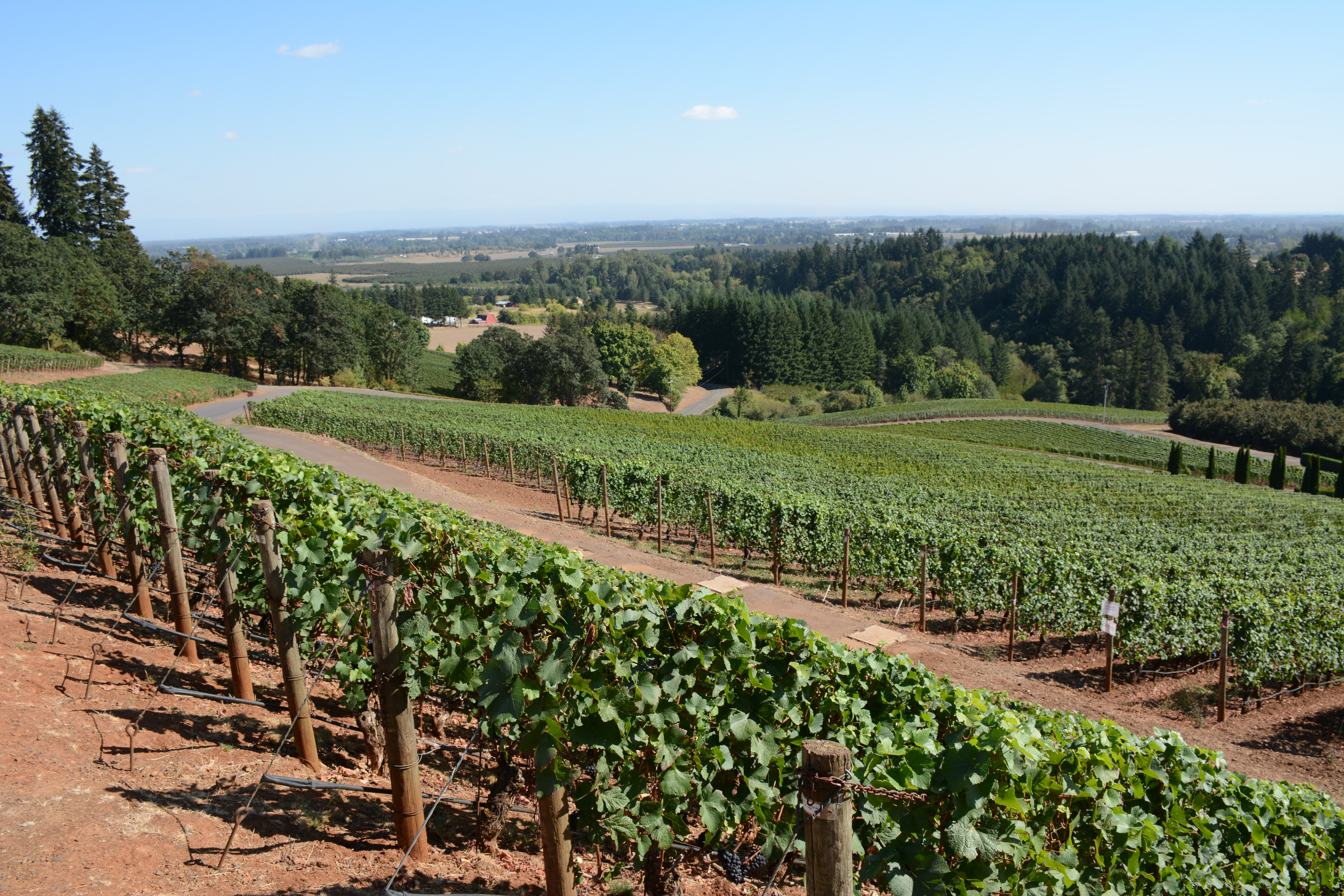 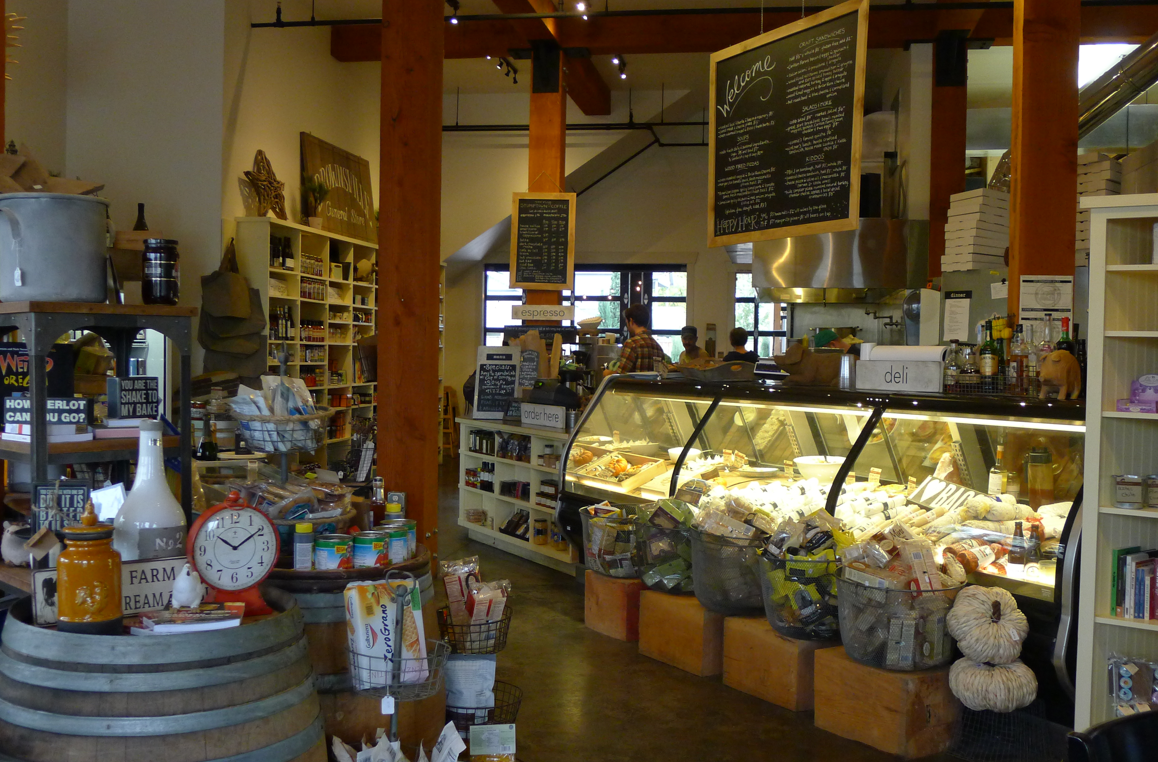 From there we headed to the Oregon coast in search of the otherworldly rock formations that sprout up right on the beaches. It’s hard to describe and even harder to capture in pictures this stunningly beautiful part of the country. You’ll just have to see it for yourself and I highly recommend you do! Unfortunately, because we chose to do some wine tasting in the McMinnville area, we were too far down into Oregon to head up to Astoria and Cannon Beach, but I hear that the areas up there are magnificent. 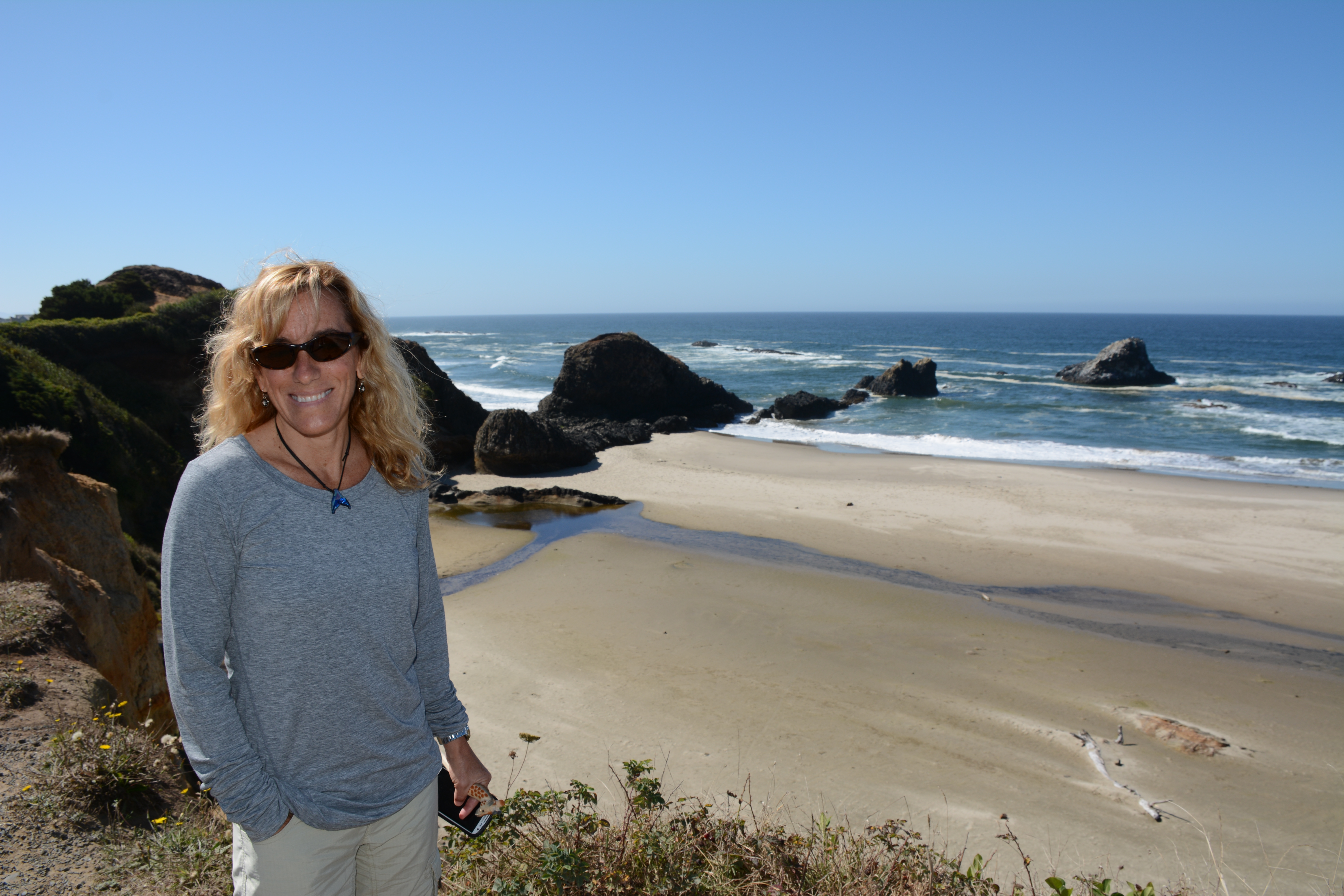 There were parts of the drive down Hwy 101 from Lincoln City to Bandon that hugged the coastline and you could see spectacular views of the cliffs, rocks and Pacific ocean, and other parts that were more wooded with dense forest. An absolute must stop place is Cape Perpetua where you can see the ruggedness of the coast and Devil’s Churn, which is a long crack in the coastal rock that fills with each ocean wave, occasionally exploding as incoming and outgoing waves collide. The Spouting Horn at Cook’s Chasm and Thor’s Well on the plateau nearby are both salt water fountains driven by the power of the ocean tide. 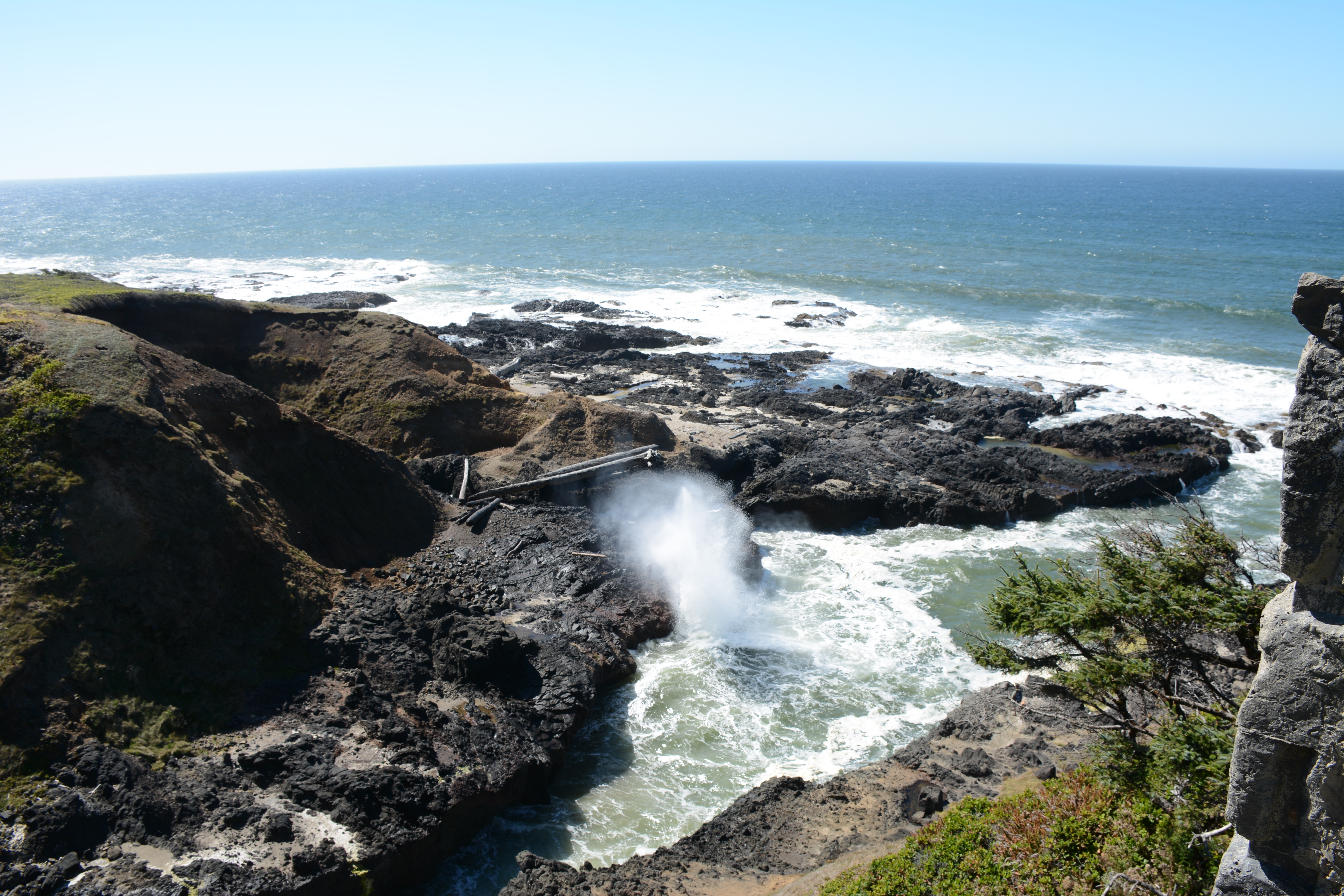 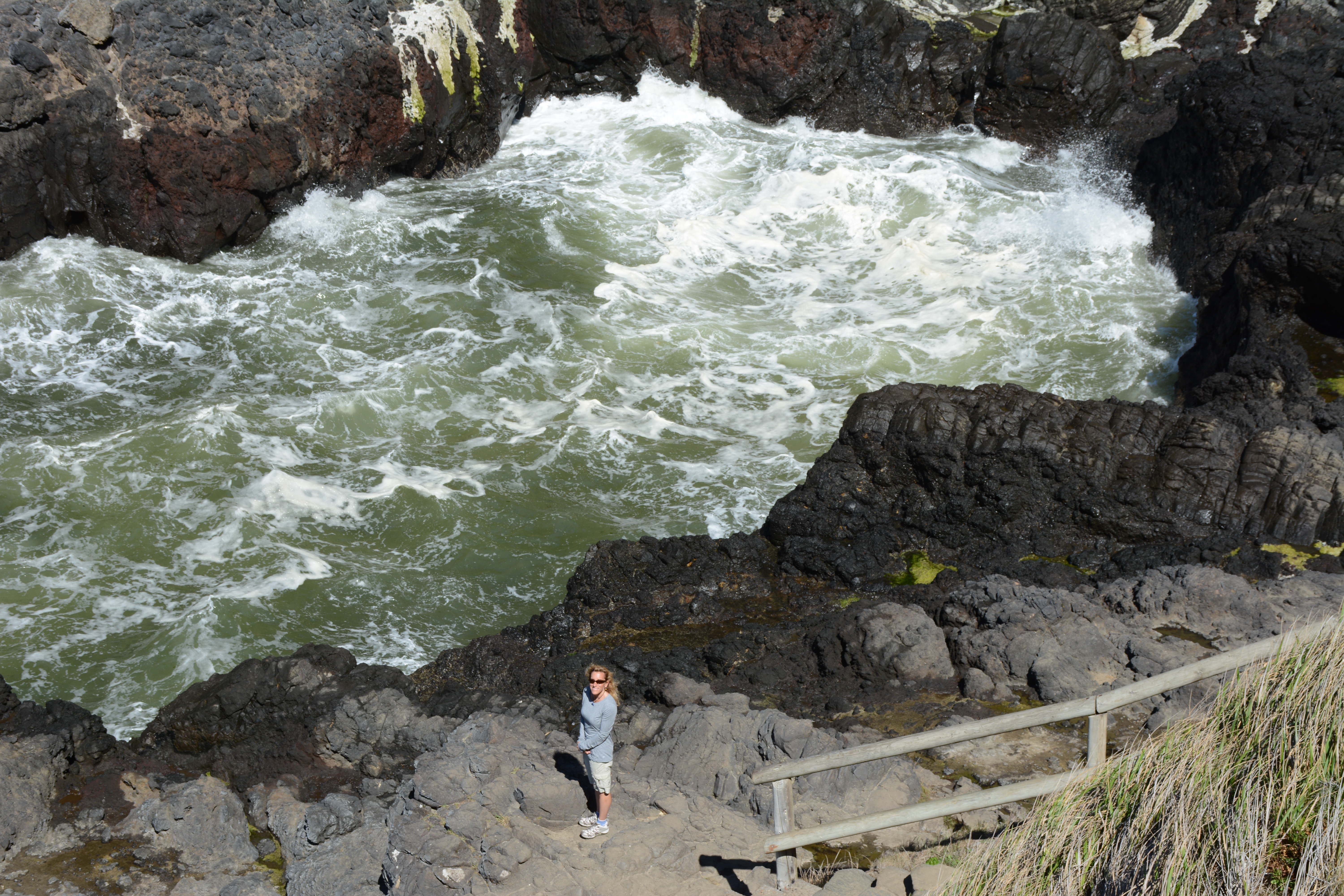 We spent one night in Port Orford at the mystical and magical Wild Spring Guest Habitat. It’s hard to put into words how to describe this place, but suffice it to say this is sacred land. Private and secluded, Wild Spring sits on five acres of old Native American grounds, and you feel like you’re visiting a private estate rather than a bed and breakfast. Their cozy, elegant cabin suites are filled with art and antiques, in a quiet forest of 100-ft trees. The five cabin suites are built like small homes, with radiant-heated floors, vaulted ceilings, and separate sleeping and living areas that can be divided by pocket doors. The bathrooms are works of art, accessible from either the bedroom or living room and have oversized walk-in slate showers with brushed nickel fixtures. There are convenient walnut shelves for your personal items. Sleep in a peaceful forest where the loudest sound you hear all night is an owl and the next morning enjoy a breakfast buffet overlooking the ocean and look for whales and fishing boats. 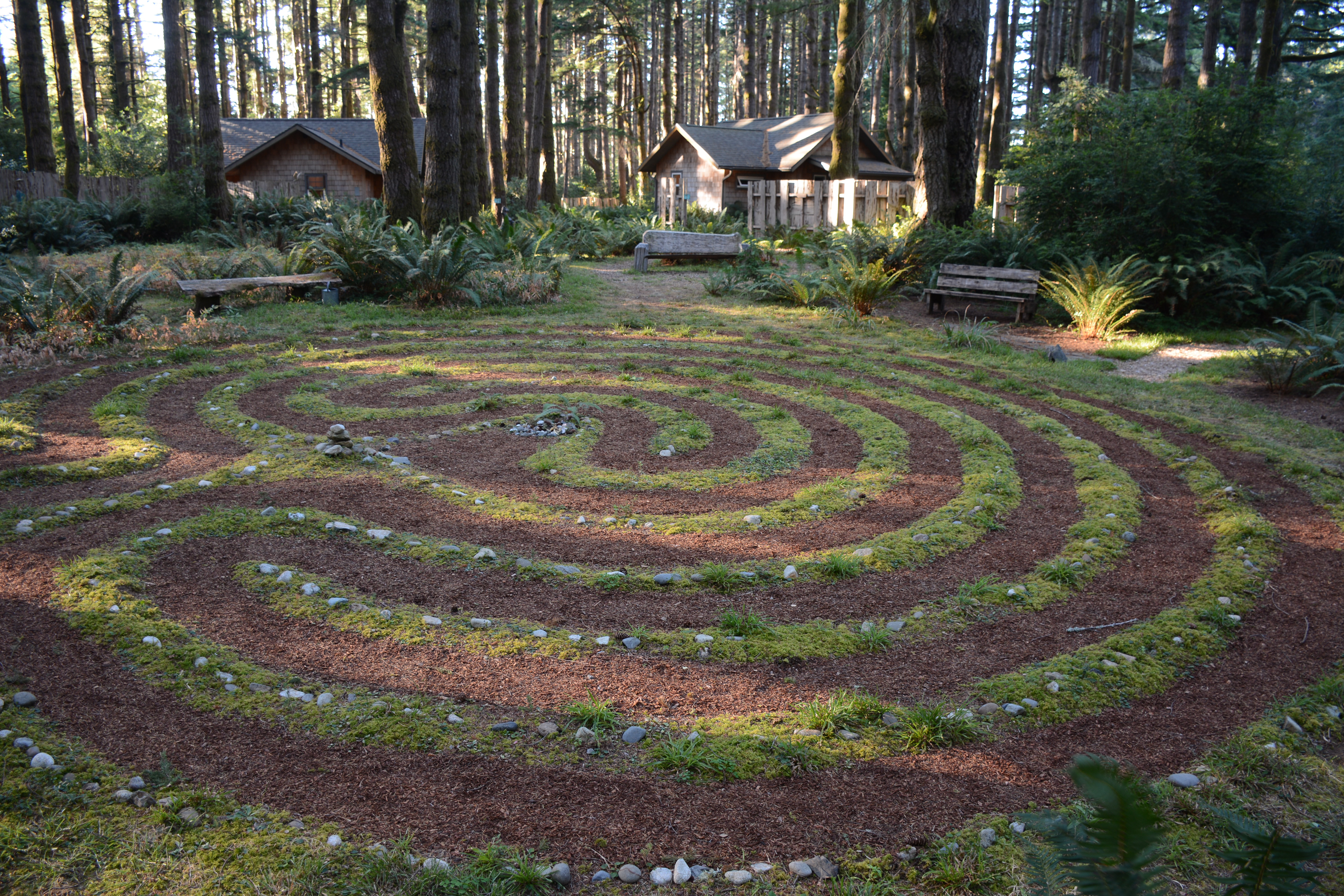 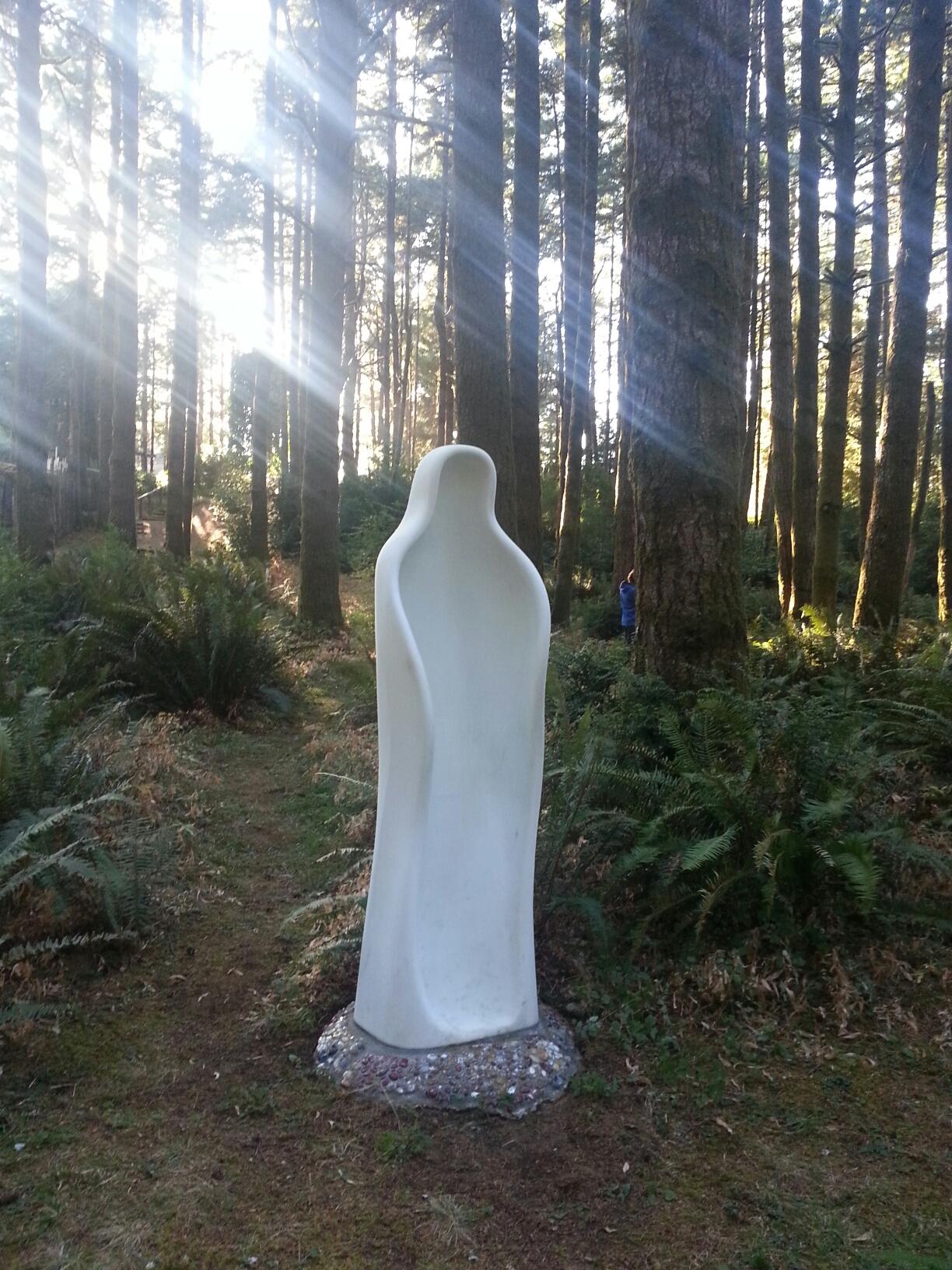 The owners have taken ecofriendly to the next level and used responsible local contractors who would understand the need to be kind to the land and vegetation within their own community. And, even though they are in the midst of a 2nd-growth residential forest of 100 ft trees, they were able to situate the cabins and dig deep enough – below the root balls of the trees – for all the various infrastructure pipes, that they only had to remove two living trees during the entire development. Now that’s taking care of the environment. They’ve created an amazing, luxurious experience all while being environmentally conscious – even down to the plumbing, lighting, materials and amenities. You’ll just have to see it to believe it! 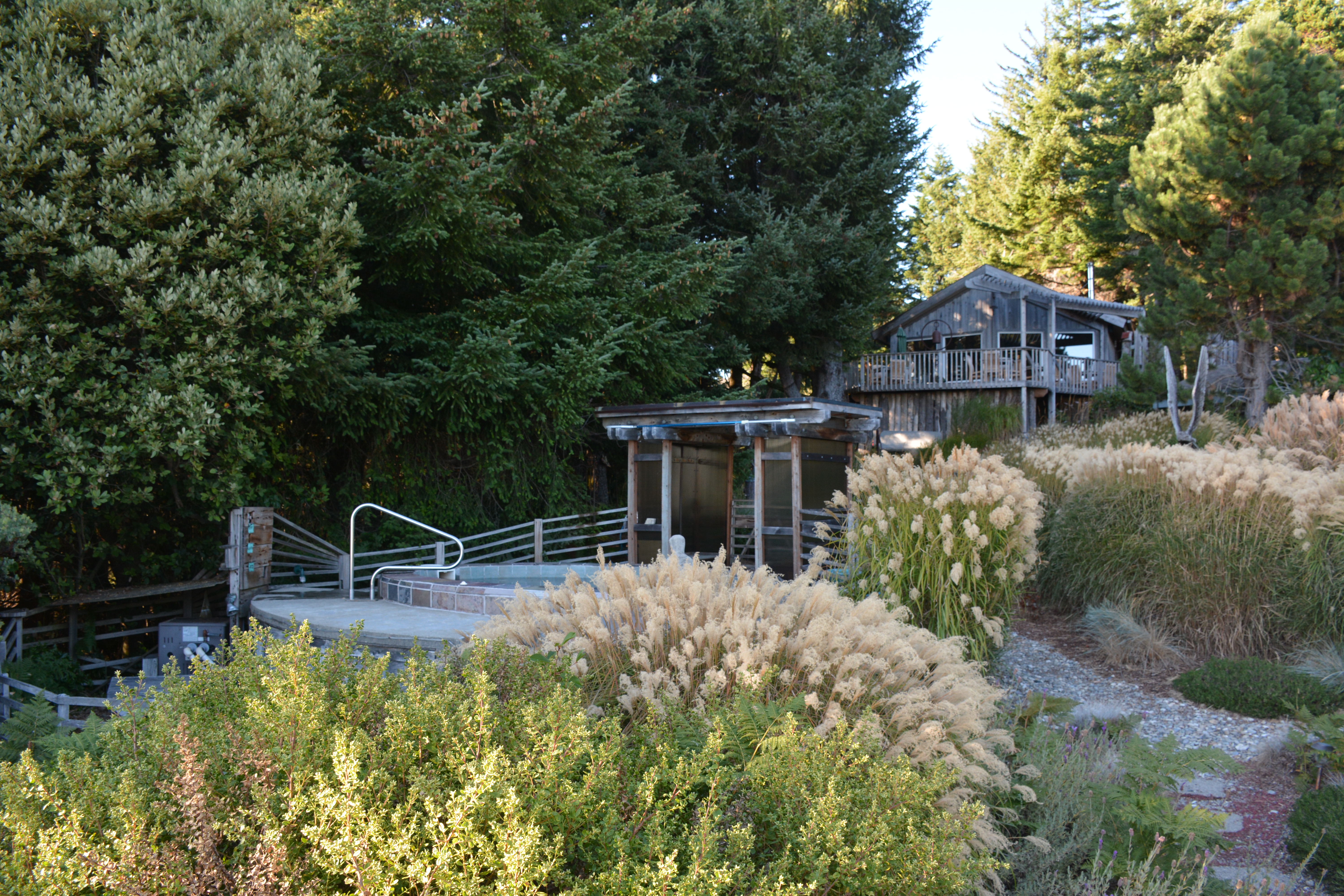