We Found the Bison!

The next day, after an amazing breakfast consisting of homemade quiche with asiago, spinach, kale, mushroom and onion all locally sourced, we headed out early to drive to a spot that Bob told us we might be able to see bison or antelope. Not sure if it was luck or the Universe conspiring to make this a perfect trip – but as soon as we turned onto Antelope Flats Rd – we saw a huge herd of bison in the distance. We drove a little further and spotted an antelope grazing in the field about 200 yards from the road. Wanting to get a closer look at the bison, we circled back to where we saw them and now saw about ten other cars pulled off to the side of the road. The bison were now about 100 yards from the road and heading in the direction to cross it. We pulled over and watched as about 40 of them (3-4 calves included) meandered over to the road and walked right in between the cars! I bet we were less than 50 yards from them. Amazing! 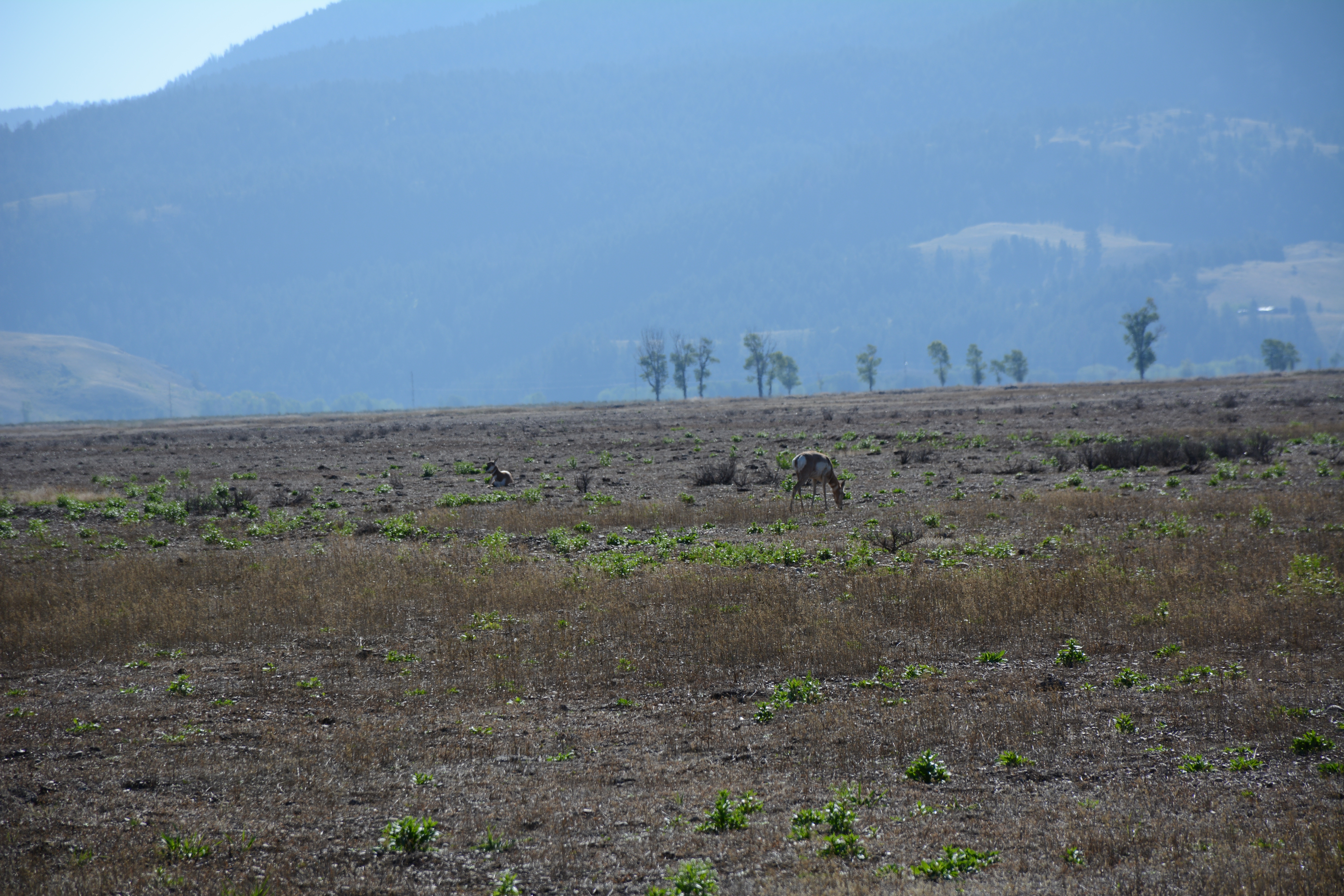 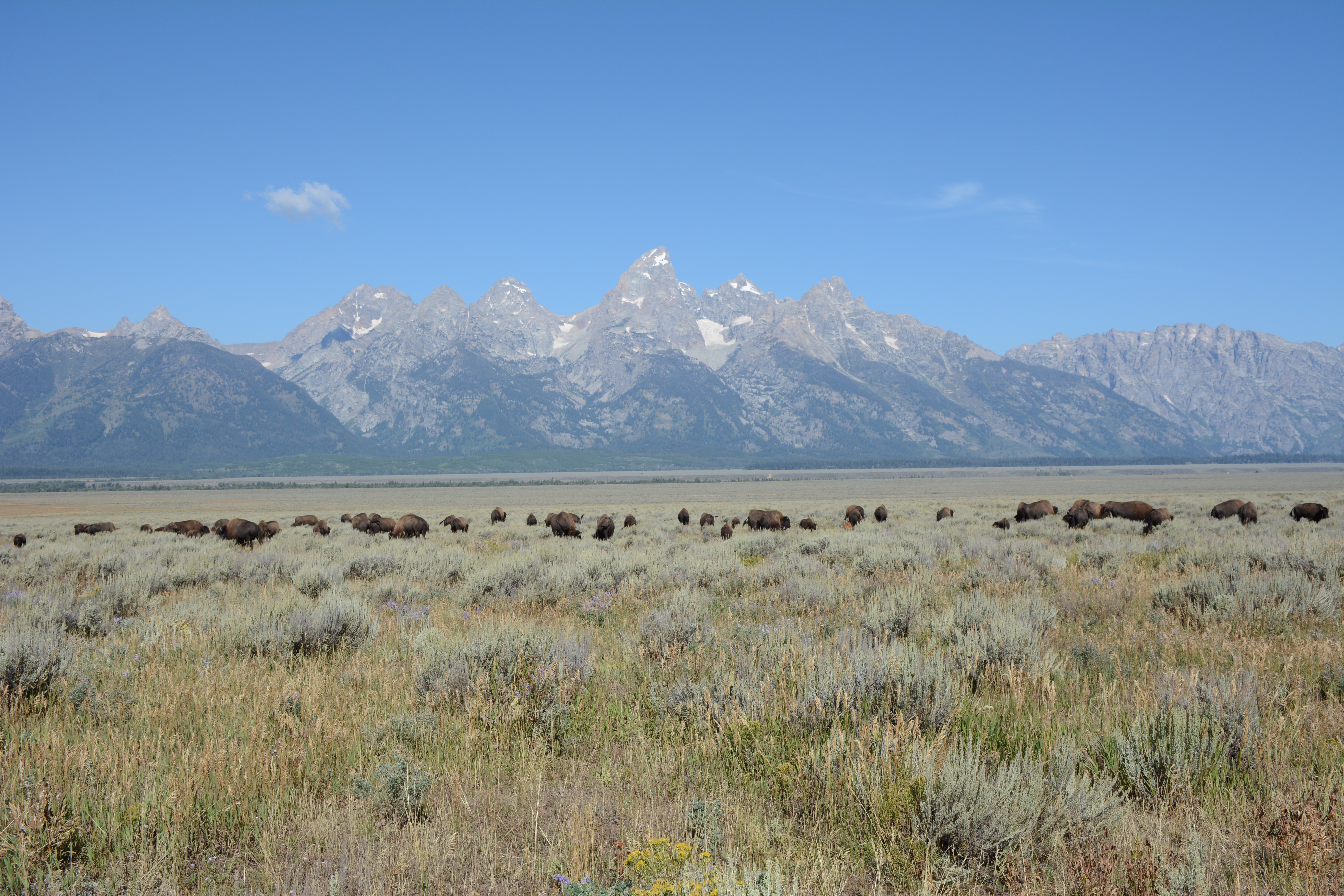 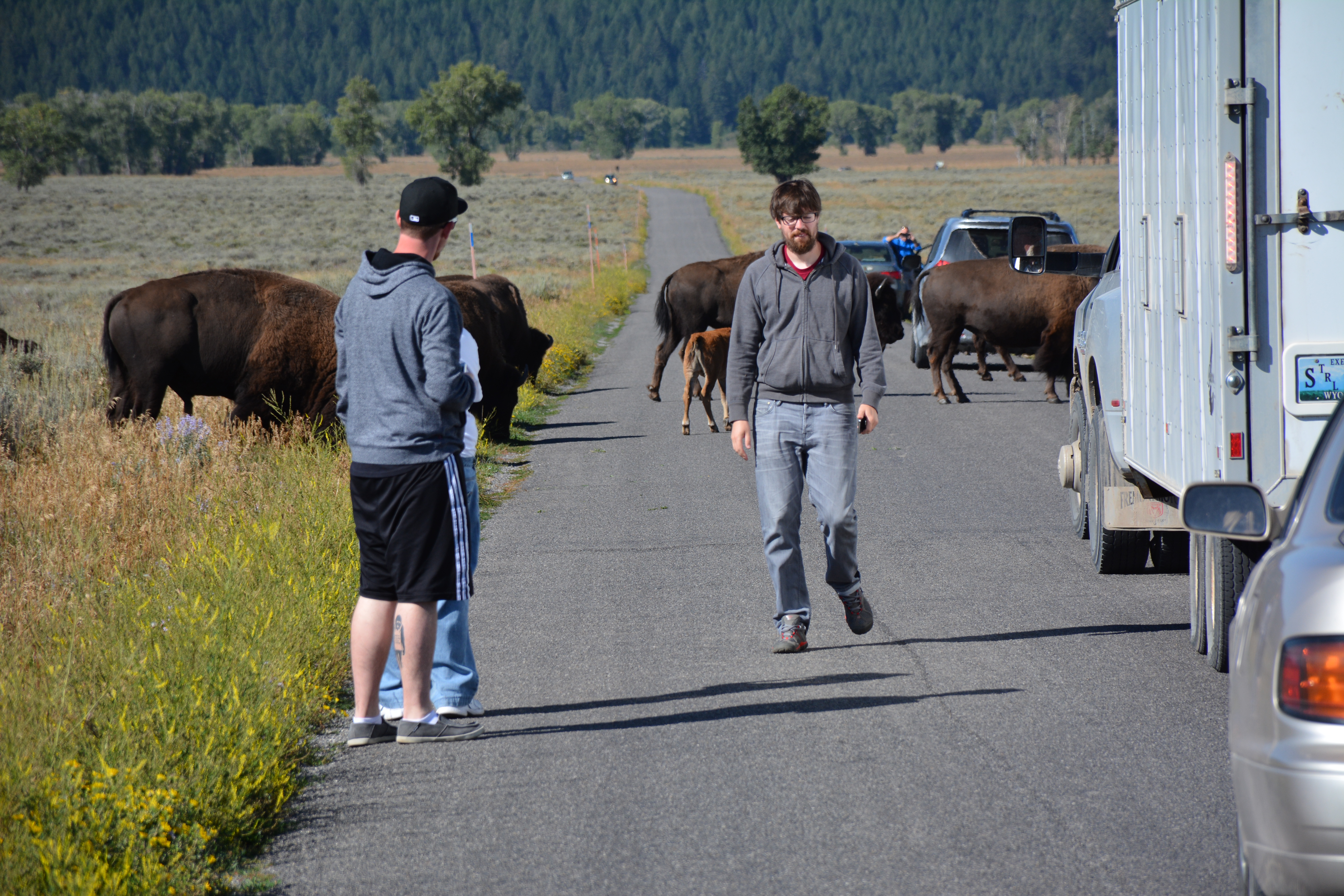 For lunch we stopped at the Snake River Brewery to try some of their fantastic beers brewed on premises. We had a great tour with Krissy, their marketing director, and learned about their brewing process. We noticed that all of their beer is canned, so I had to ask about that as most people have a negative impression of canned beer. She told me that there were many reasons for using cans. Aluminum can be recycled indefinitely, and doing so takes 95 percent less energy than creating new aluminum cans from raw materials. In addition, the beer is actually kept fresher in cans as there is no light or air that gets in that is found in a bottling process. My favorites were the Zonker Stout, creamy with hints of chocolate and the Nice Finnish…Sahti – a rustic farmhouse ale filtered on a bed of local juniper boughs and run-off through an aspen log trough – who would’ve thought! If you’re there, definitely grab a cup of the bison chili made with their stout.

We ended the night with dinner at The Rose located inside the Pink Garter Theatre. The Rose is Jackson Hole’s first and only classically inspired cocktail lounge. With an emphasis on fresh and house made ingredients, quality spirits, and exacting standards of execution, The Rose has an expansive selection of classic and modern cocktails well-suited to every drinker’s interest. They are a sister bar to the more well-known speakeasy, Death & Co. in New York City. 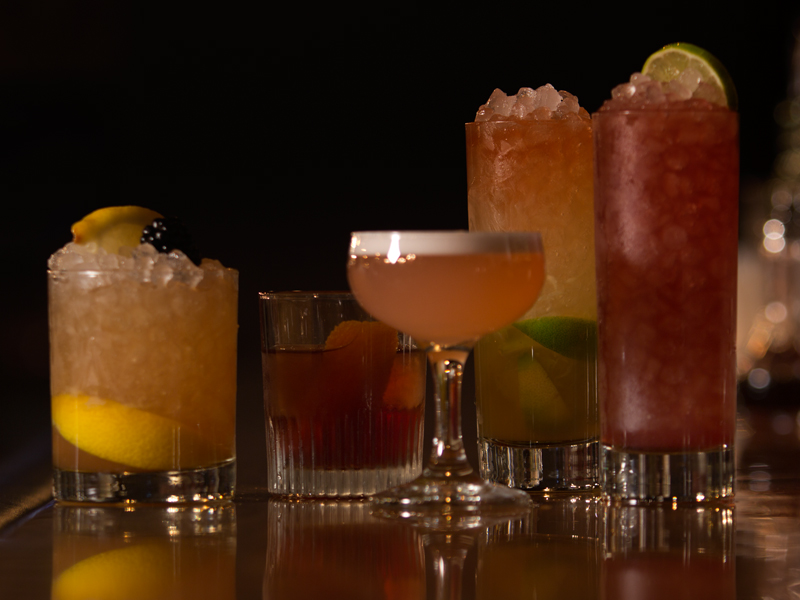 The décor reminded me of an old-time speakeasy lounge with velvet curtains and rich red leather booths. Our hosts Meagan and Erick were fantastic and very knowledgeable about the craft cocktail movement going on now in the U.S. They both have gone through some extensive training to master the art of cocktail making and their drink list showed it. We tried the Hurricane Pass and the Maximillian Affair which combined Milagro tequila with St. Germain elderflower liquor, punt e mes and lemon….sweet and savory! They even have special ice makers to create the perfect size cubes for your drink and often hand chisel the ice themselves.

The menu offered a wide variety of small plates (my favorite!) and the food was delicious. We sampled the Grilled Romaine with pecorino and white anchovy, the Braised eggs with grilled tomato and aioli and the Slow Roasted Ribs with sherry which were in-house smoked. A great spot not to be missed right in the heart of the town center. 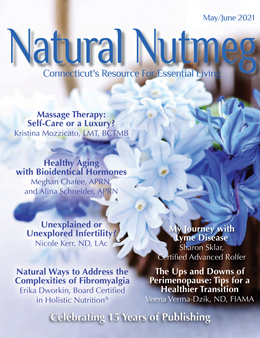